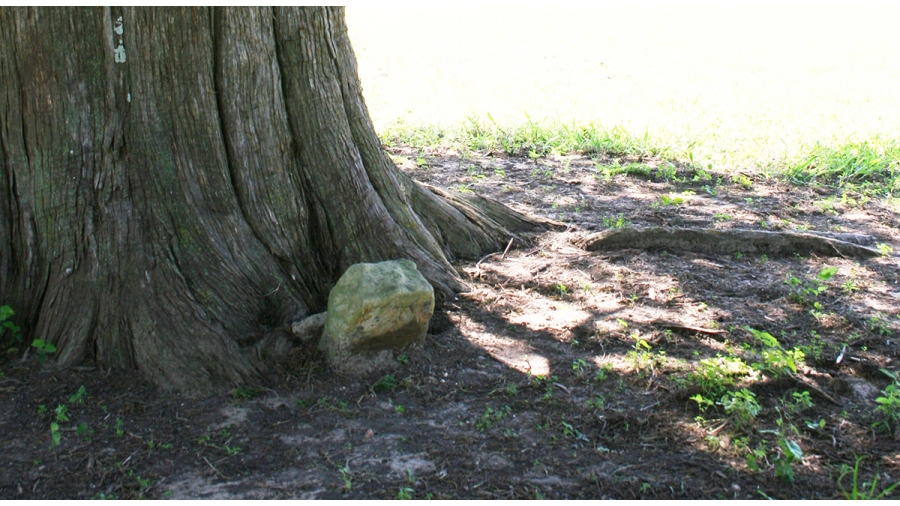 In 1849, Henry Howard, my great-grandfather, a planter and a school teacher, was living on a farm in Oglethorpe County, in what I would describe as the middle northeastern part of the state, no great distance from the Savannah River. As far as I know, my grandfather, William Benjamin Howard, was born on that plantation.

Given the state of Henry Howard’s finances, it is doubtful that he owned a “plantation.” And, while William Benjamin Howard was, in fact, born in Oglethorpe County, by 1849 Henry Howard had relocated to Upson County. The 1830 US Census for Oglethorpe County, Captain Lumpkin’s District, lists Henry (aged 30-40) in a household with two boys aged five years or less (Isaac M. and William B.); one boy between 5 and 10 (Charles H.); one girl between 5 and 10 (Rebecca J.); one woman between 30 and 40 (wife Betsy); and one female slave between 10 and 24 years old. Later that year, July 6, his son, John Hubbard Howard was born. By the time of the 1840 Census, the whole family, with additional children, were over in Upson County.

Henry Howard was down on his luck in 1845, when he filled out a stack of notices to more than a dozen people, including his brother-in-law Charles V. Collier, proclaiming his intent to “avail myself of the benefit of the Act entitled an Act for the Relief of Honest Debtors” in court that April. And things don’t appear to get a whole lot better, which could account for his sons hitting the road a few years later:

In 1849 [W. B.] started for California with two of his brothers. At Pine Bluff, Arkansas, cholera struck the party, wiped out most of them, and so weakened my grandfather that he was forced to turn back. One of his brothers went on to California [Isaac M.] and the other returned to Georgia [probably John Hubbard Howard]. William Howard did neither. He turned southward, into Mississippi, and obtained the position of overseer on the plantations of Squire James Henry, whose daughter, Louisa, he married in 18–.

All of which sounds like family legend, passed along by word of mouth. We do know that W. B. was in Mississippi by January 1855 when he is said to be “of the State of Mississippi” in an “Indenture Made in Upson County, Georgia” between his family members. The family Bible says that W. B. married L. E. Henry on December 6 (possibly 16), 1856. From this point forward, William Howard’s fortunes were tied to the Henry family.

The newlyweds got to work and their first child, Mary Elizabeth, was born in Mississippi on November 27, 1857. In 1858, according to an REH letter, the Mississippi Howards and Henrys moved to southwestern Arkansas. And it is there, on December 18, 1858, that William’s first son, James H. “Jim” Howard, was born. Daughter Martha Rebecca came along in 1860 and son David N. in 1862, neither of whom lived longer than a few months.

The 1860 US Census has William Howard (born GA, 33, farmer, value of personal estate: 600, no real estate), Louisa (born AL, 25), Mary E (3, born MISS), James H. (1, born ARK); all living at Holly Springs, Dallas Co., ARK. There appears to have been close contact between the Henrys and Howards in Arkansas. The two families lived close to each other, on either side of the Dallas-Ouachita County line. The Henrys prospered; the Howards not so much, though it does appear that W. B. was able to procure some public land due to an 1820 Act of Congress. And then the Civil War came calling.

In a letter to Lovecraft published as circa December 1930 (which should be circa November 1930), Howard says “both my grandfathers rode for four years with Bedford Forrest.” As with many things Howard says in letters, this is either the product of family legend or an exaggeration.

There is a 34-year-old William B. Howard in the 16th Arkansas Infantry from 1861 to June 1862 when he was “sent to hospital,” but I’m not sure that is our Howard as he was enlisted way up north in Fayetteville. On January 10, 1863, our W. B. Howard enlisted in Company G, 3rd Arkansas Cavalry much closer to home in Camden. The available documents have him present through 1863, but no mention is made again until he is paroled “at Chesterville, South Carolina, May 5, 1865.” His home is listed in “Remarks”: “Ouachita County, Ark.” If the birth of a daughter, Willie Price Howard, on June, 2, 1864, is any indication, he must have been home from time to time. Also in 1864, William’s brother, Charles H. Howard, died at Walthal Junction, Chesterfield, VA.

When L. Sprague de Camp interviewed Fanny McClung Adamson (one of REH’s first cousins), she claimed to have a relic of W. B.’s: “I have his billfold.  He carried it in the Civil War.”  She added that there was a message inside, “written in his own blood, you know, on the inside of course.  It’s so ragged and all.  There’s a message he wrote and it’s all dried.  It’s so dim.  I can’t read it.  Somebody might could with good eyes, a magnifying glass.” Where it is now is not known. Adamson also told de Camp that the family used to sing, “We’re gonna hang Abe Lincoln to a sour apple tree.”

In a September 9, 1978 telephone conversation with de Camp, another of Robert E. Howard’s cousins, Ollie Lorene Davis, commented on her grandfather, William Benjamin Howard. De Camp noted, “Her Howard grandfather fought on the Confederate side in the Civil War, was wounded, and was an invalid through the latter part of his life.”

Invalid or no, the Howards continued to reproduce upon William’s return from the war. David Terrell Howard was born in March 1866 and Alfonzo T. Howard in 1869. They all appear on the 1870 US Census for Ouachita Co., Freeo township. W.B. is 43, a farmer with real estate valued at 800, and personal estate at 100; under “Is the person [on the day of the Enumerator’s visit] sick or temporarily disabled, so as to be unable to ordinary business or duties? If so, what is the sickness or disability?” “chronic rheumatism” is written. I think. Isaac Mordecai Howard was born two years later, in 1872. His brother Alfonzo would die a year later at the age of four. In December that same year, 1873, Susan Aimee Howard was born.

[9/8/2020 Update] On February 2, 1877, it seems William Howard was in a pickle and had to borrow some cash from his brother-in-law, W. H. Henry. Howard owed M. A. Hairston $115 and convinced his brother-in-law to pay it off, in return for “three bales of cotton weighing 500 lbs each.” And this wasn’t just a gentleman’s agreement, the whole thing was written up in a Deed of Conveyance and filed for record at the county courthouse. A month later, March 9, 1877, Howard is back at it with another Deed of Conveyance. This time he owes $50 to Block & Feibleman and agrees to hand over “one spotted horse about ten years old and four head of cattle and ten head of hogs and marked as follows smooth crop and over bit in each ear.”

Few other details about William Howard survive. REH told Lovecraft in a 1931 letter that both of his grandfathers were “six feet two inches tall.” A little more information appears in Howard’s other correspondence:

The only one of my recent masculine ancestors I can think of who didn’t drink was my grandfather William Benjamin Howard. When I see some sappy youngster sneering at some one for not drinking, as if abstinence were unmanly, I think of my grandfather, who stood six feet two in his socks, and weighed two hundred pounds, was a pioneer, a ’49er, and a soldier, and who never drank. The others of the family, Ervins, Henrys, and the like, drank regularly but never got drunk.

Letter to August Derleth, circa October 1933

Beside these things, one must rely on official documents. The 1880 Census lists him as “maimed or crippled.” On January 19, 1883, he and his siblings picked up $50 each from a land sale in his mother’s estate. Two years later, he was dead—according to de Camp. Both of the Howard cousins mentioned above told de Camp that W. B. died in Arkansas in 1885. There are better sources.

Robert E. Howard said that in 1885, far from dying, W. B. and family packed up and moved to Texas. This must have come from REH’s father, who would certainly know. The Howards landed in the nexus of Hill and Limestone Counties and it is there, in 1887, that William’s oldest son, Jim, died. His father didn’t last much longer: the family Bible says William Benjamin Howard died on August 2, 1888. A Civil War Pension application filed by his wife, Louisa, in 1910 states that William died in Texas on August 3, 1889, “near Mt. Calm.” I’d go with the Bible.

REH’s cousins agree that Jim and his mother are buried under an old cedar tree in Mount Antioch Cemetery, ” their grave is just a plain marker…. it don’t have a thing on it.” The tree is surrounded by other Howards and, it seems to me, is the most likely resting place for William B. Howard; after all, Mount Antioch is also “near Mt. Calm.”

One thought on “William Benjamin Howard”